Digital 3D models and digital 3D reconstructions are the basis to visualise, analyse and interpret objects and scenes in the digital world. To use these models, the real-world object needs to be digitised in 3D. Image and laser scanning based methods offer a quick way to create a digital twin of the real-world object. Depending on the object’s dimensions and characteristics, the method of digitising the object must be selected. The 3D Hub can provide access to several different methods to create an accurate and precise digital image.

The two ARTEC cameras can be used to create 3D digital models of medium (e.g. a car or a chair) to very small objects (such as screws). Both cameras are handheld systems and are usually operated with a laptop which can also be provided including the scan software. Due to the structured light approach which are used by both systems, a very high accuracy and precision can be achieved. For the Eva camera it is 0.1mm with a 0.5mm resolution and for the Space Spider it is 0.05mm with a 0.1mm resolution. The outputs are textured 3D mesh files (such as obj). 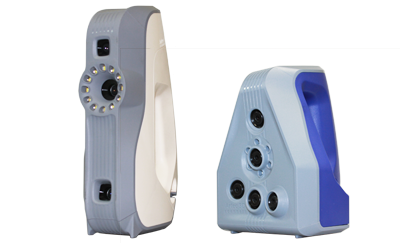 The camera is especially designed to capture 3D images of faces and the upper body. The camera is a digital SLR camera which has a special lens fitted with it. The camera should only be operated with this special lens attached to it. The camera is handheld and can be ether operated together with a Laptop which allows the instant creation of 3D models or using the camera only. The 3D stitching of the images can then be done in post-processing with the laptop which contains the special MIRROR software to create 3D mesh files of an accuracy of only a few mm. The outputs are textured 3D mesh files (such as obj). 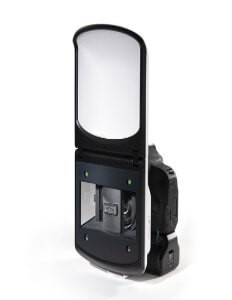 The Leica RTC360 is a laser scanner which can be operated in the field using the Cyclone FIELD 360 installed on a tablet which comes with the scanner. The scanner is suitable for indoor mapping as well as the scanning of buildings and infrastructures. It must be stationary while performing the scan and must be moved to several stations to scan the full object of interest. At a station, the scanner’s measuring rate is up to 2 million points per second and HDR imaging system allows the creation of coloured 3D point clouds in under two minutes. The scanner automatically records your moves from station to station to pre-register your scans in the field without manual intervention. For a fine alignment of the different stations, post-processing is maybe required for which a licence to the Cyclone software is available. The output of the scanner is a dense point cloud. 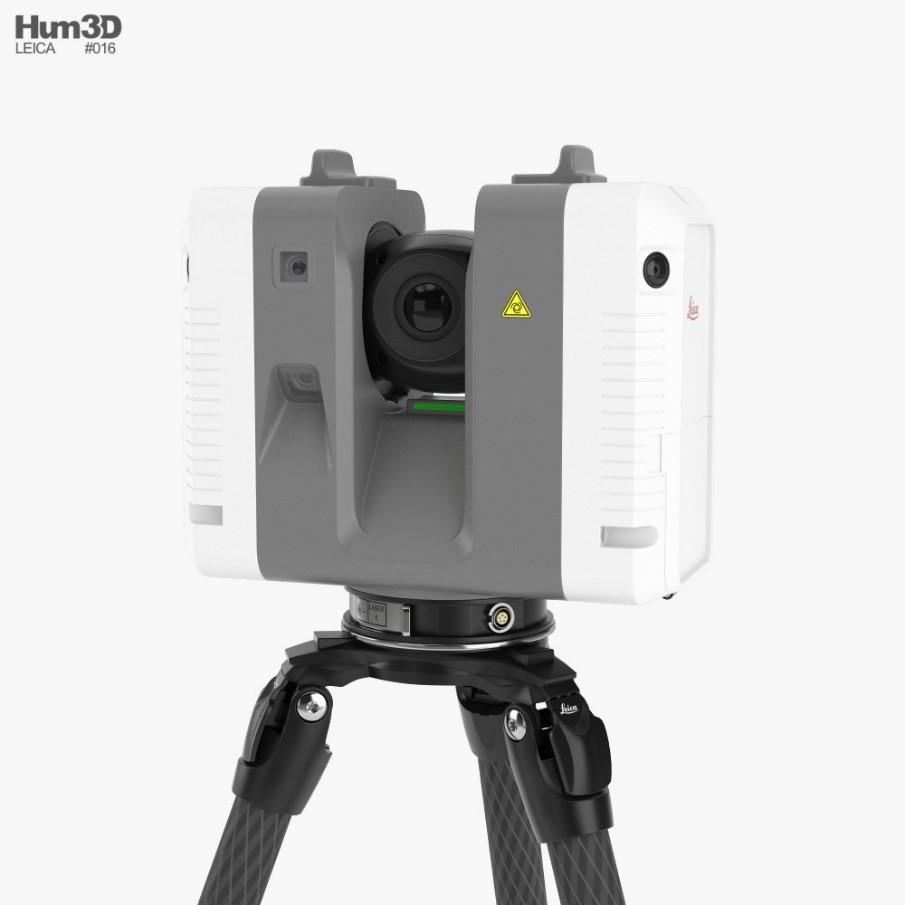 Leica RTC360 is a laser scanner.

The Blackmagic Pocket Cinema Camera features a 4/3 image sensor with 4096 x 2160 resolution and an MFT lens mount. The camera can shoot up to 60 fps in full resolution or 120 fps windowed. Overall, there are two cameras available. Both come with a Olympus M.ZUIKO Digital ED 45mm f/1.8 Lens Black and a Sirui SH15-CN Video Tripod Kit. The cameras can be set up as a stereo-pair which footage then can be turned into a 3D point cloud. The Hub’s processing software available allows the creation of 3D point clouds based on some image pairs. No suitable software for stereo video processing is available.

Through remote access users can perform the processing of data on a DELL Precision 7920 Tower XCTO Base (DELL Precision 7920 Tower XCTO Base Intel Xeon Gold 6230 2.1GHz, 3.9GHz Turbo, 20C, 10.4GT/s 3UPI, 27.5MB Cache). The following software products are available on this computer Adam Technology (3D CalibCam and 3DAnalyst), Metashape and Pix4D. Free and Open-Source software can be installed on request.

The overall objective of the SMAAT project is to use machine learning to create and evaluate an easy-to-use and relatively low-cost software platform for the differential diagnosis of Speech Sound Disorders (SSDs). The project uses the Blackmagic cameras as well as the VectraH2 cameras for the data capture. Further processing includes the extraction of facial landmarks in the video sequence and the tracking of those landmarks over time. 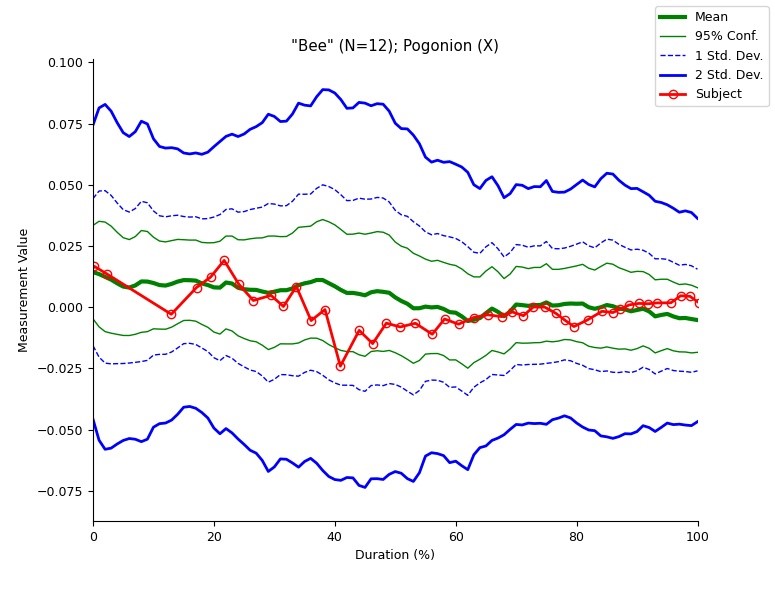 Cliniface is aimed at assisting medical diagnosis, patient screening, treatment monitoring, clinical trials, and surgical planning through the development of an objective, transparent, and unobtrusive analysis workflow using 3D facial imaging. Cliniface uses next to other projects the VectraH2 camera to create precise and accurate 3D meshes of patients which are than further processed using the Cliniface tool. The Cliniface tool enables automatic measurement, detection, and classification of atypical facial traits using standardised terms from the Human Phenotype Ontology. This allows non-experts to undertake a preliminary dysmorphological analysis of the facial form, and to export the results in text format for use within other platforms – integrating 3D facial analysis for enhanced clinical utility. 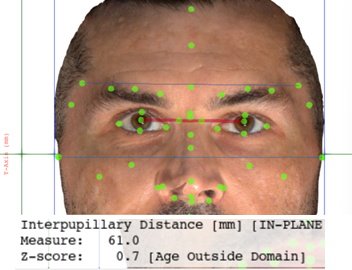 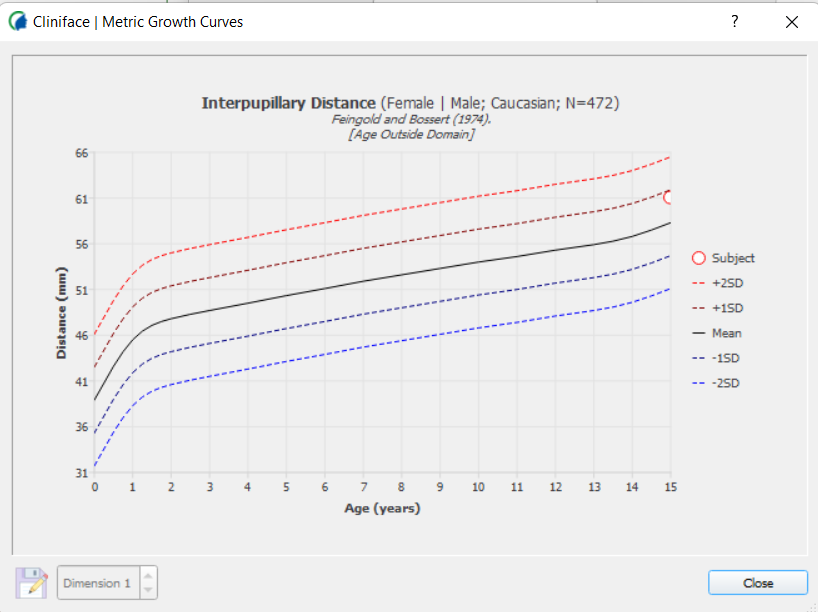 Left: Distance measurement based on landmarks extracted from a 3D mesh. Right: Comparison of this measurement with the norm data of the measurement.

3D modelling from underwater photogrammetry is emerging as one of the most beneficial to assess growth. A small coral skeleton was photographed in a controlled environment and the images have been used to model the coral in 3D. A reference model was created by use of an Artec Space Spider handheld laser scanner. The comparison to the reference showed, that the 95% Range lies between 1.60 to 5.12 mm for the underwater model which was created based on 50 Photos. 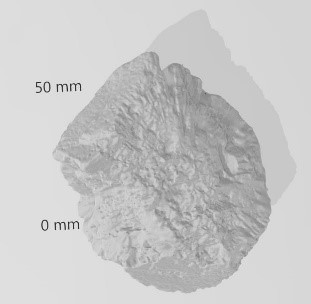 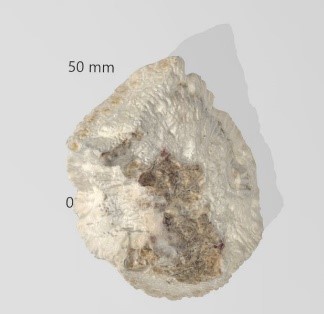 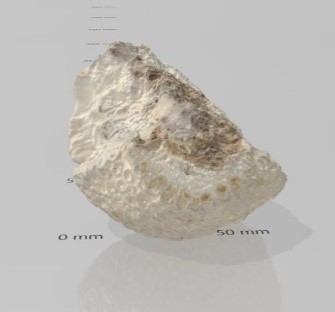